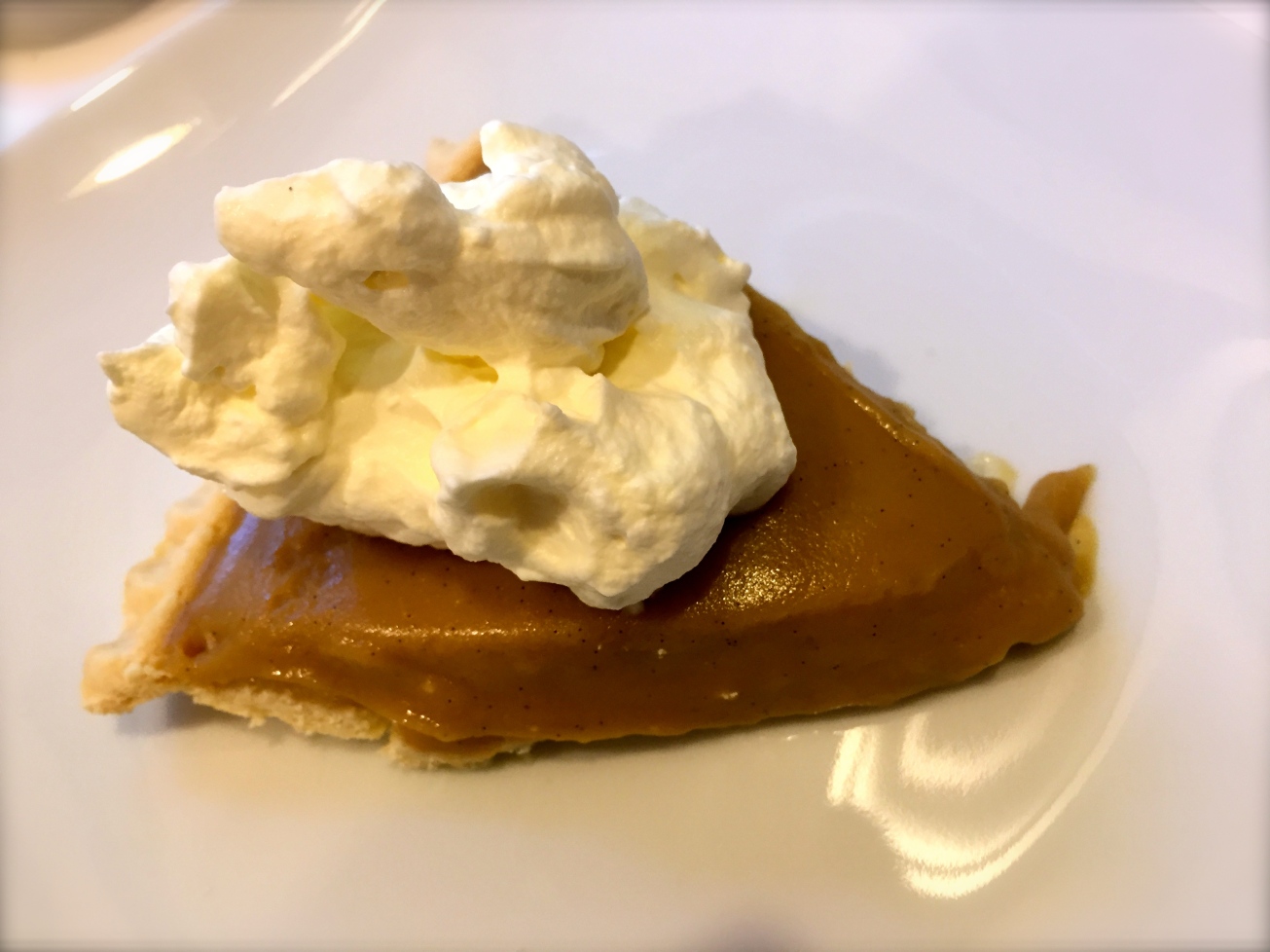 The first time I met my then future in-laws, my then boyfriend and I had been invited to Sunday night dinner at their house.

I don’t think I’d ever been this nervous before in my entire life!! First thing I did at the dinner table that night was knock over my wine glass!! Talk about being embarrassed …

My mother-in-law wasn’t the easiest person to get along with, but over the decades she grew on me anyway, and despite plenty of  comical, as well as not so funny “mother-in-law moments”, I can honestly say that I miss her in moments. 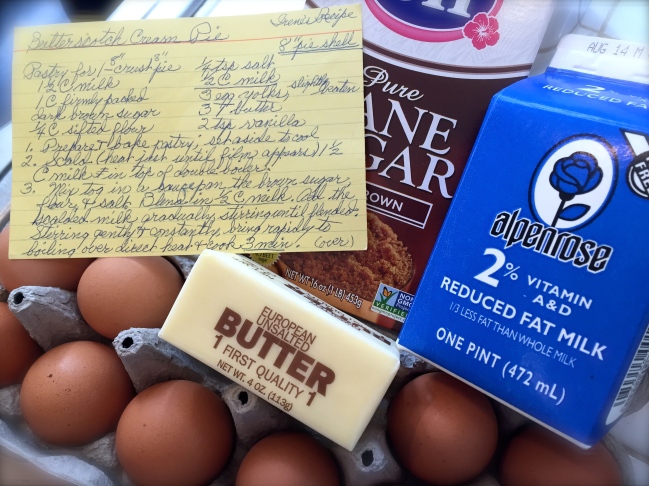 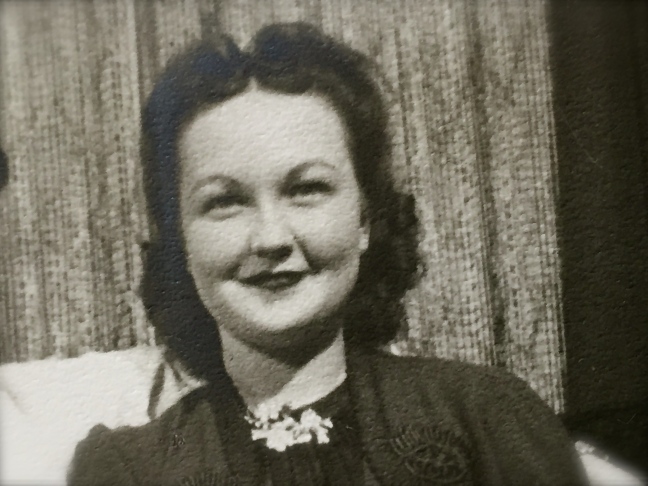 Irene as a young woman

Irene grew up on a Kansas farm during the Great Depression and moved to California as a young woman. She was a housekeeper par excellence and a great cook. She also baked pies, cookies and chocolate cake. But her butterscotch cream pie was my husband’s favorite dessert growing up.

So when I asked my husband what kind of cake he’d like me to make for his birthday this year, he chose MIL’s butterscotch cream pie. I have to admit that it was delicious, or perhaps even better than I remembered! 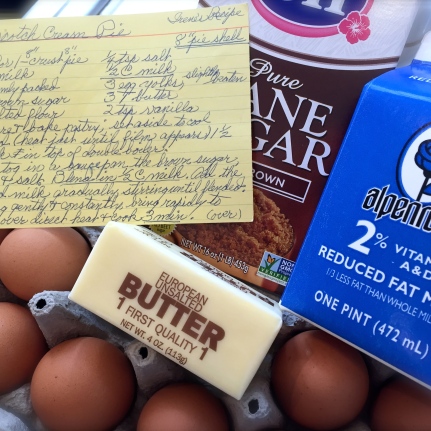 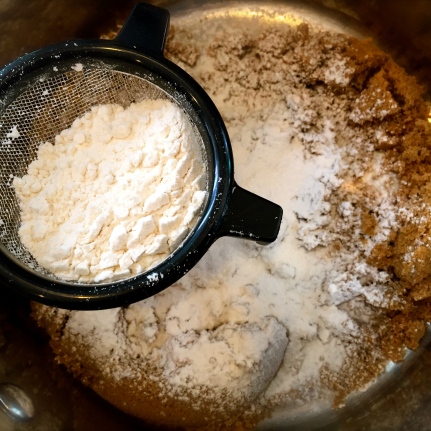 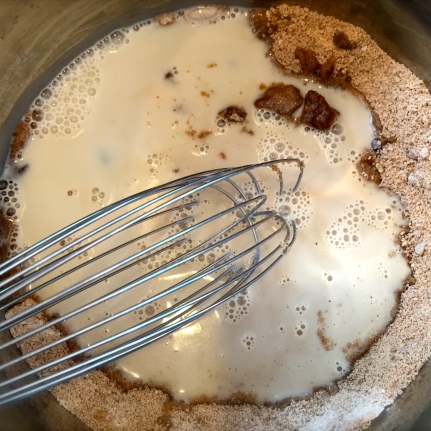 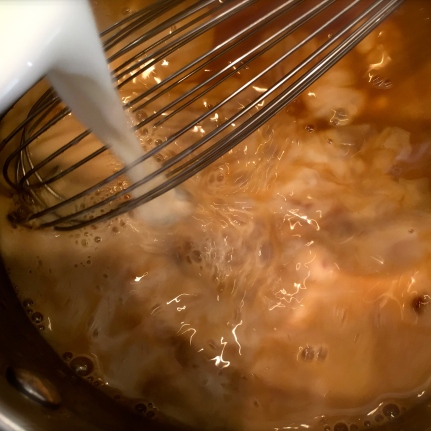 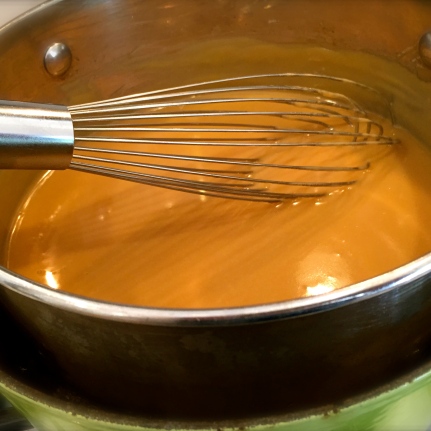 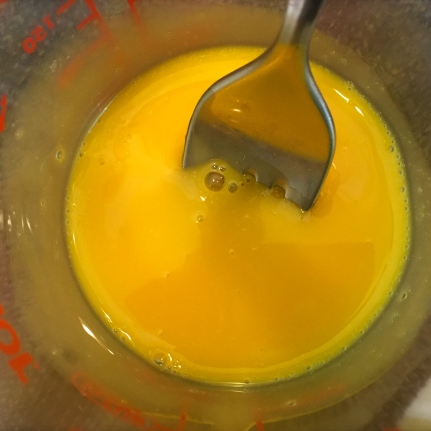 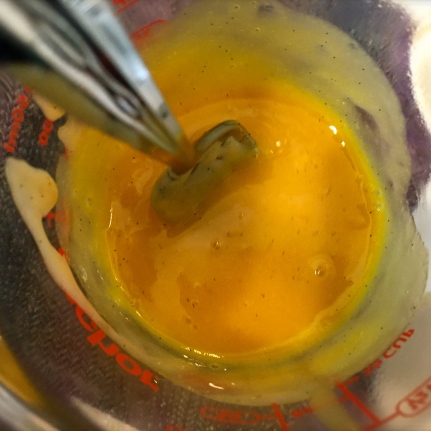 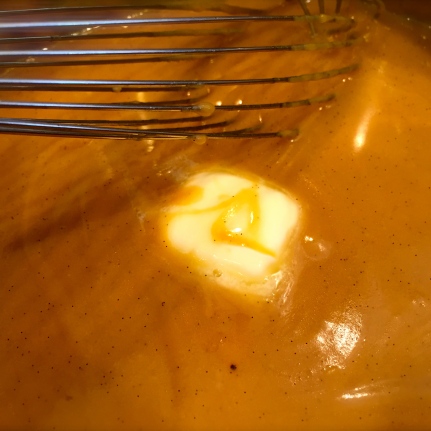 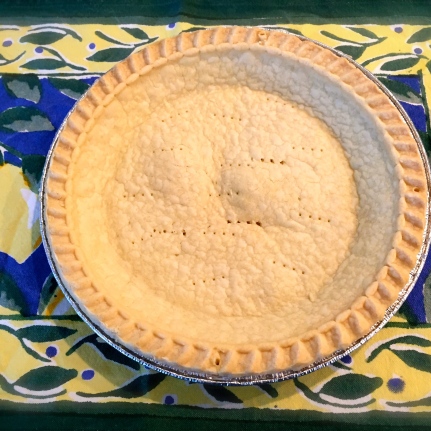 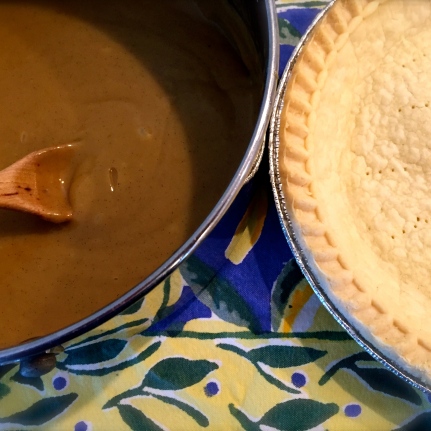 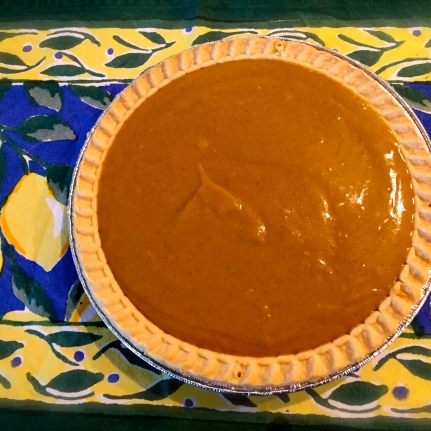 Prepare/purchase and bake your pie crust.
Set aside to cool.

Scald 1 1/2 cups of the milk in a small pot until a skin forms on top. Don’t let it boil.
Turn off heat and set aside.

In separate pot (top of a double boiler if you have one. I improvised!) mix together the sifted flour, brown sugar and salt.
Add the cold 1/2 cup of the milk and whisk until everything is smooth and combined.
Slowly add the hot milk to the mixture and stir until blended.
Bring to a rapid boil over direct heat and cook for three minutes.
Keep stirring so it won’t burn.

Set the pan over a pot of simmering water.
Cover and cook 5 to 7 minutes, stirring every now and then.

Stir about 3 tablespoons of the hot mixture into the egg yolks.
Blend this into the filling simmering over the double boiler.
Cook for another 5 minutes while stirring slowly to keep the mixture cooking evenly.

Remove from heat and blend in the butter and vanilla.
Cool for 15 minutes on the stove top, then transfer the covered pot to the refrigerator.
When the filling is lukewarm, pour it into the pre baked pie crust.

Refrigerate over night and serve with a little real whipped cream! 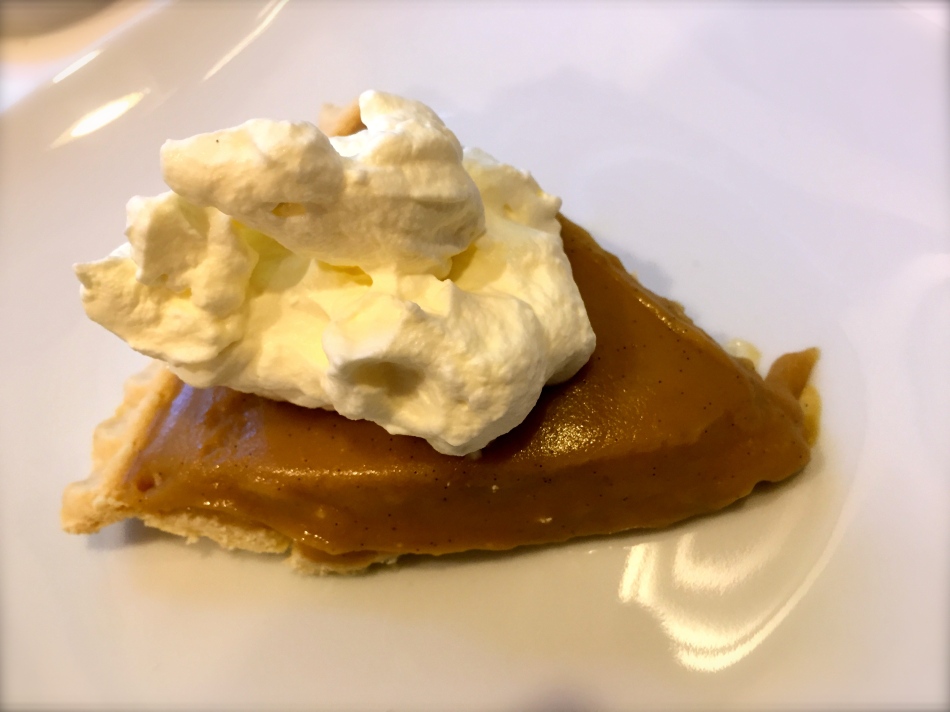