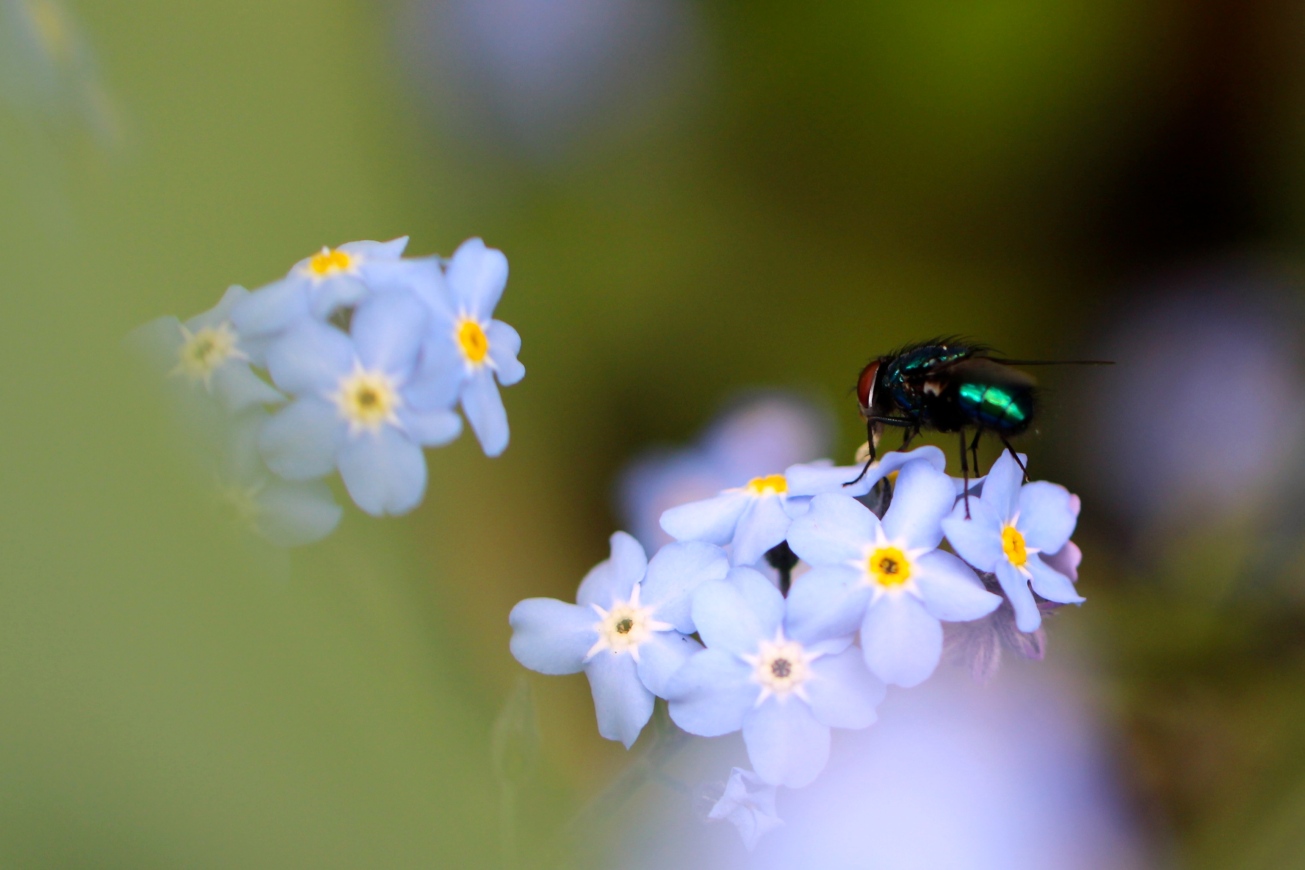 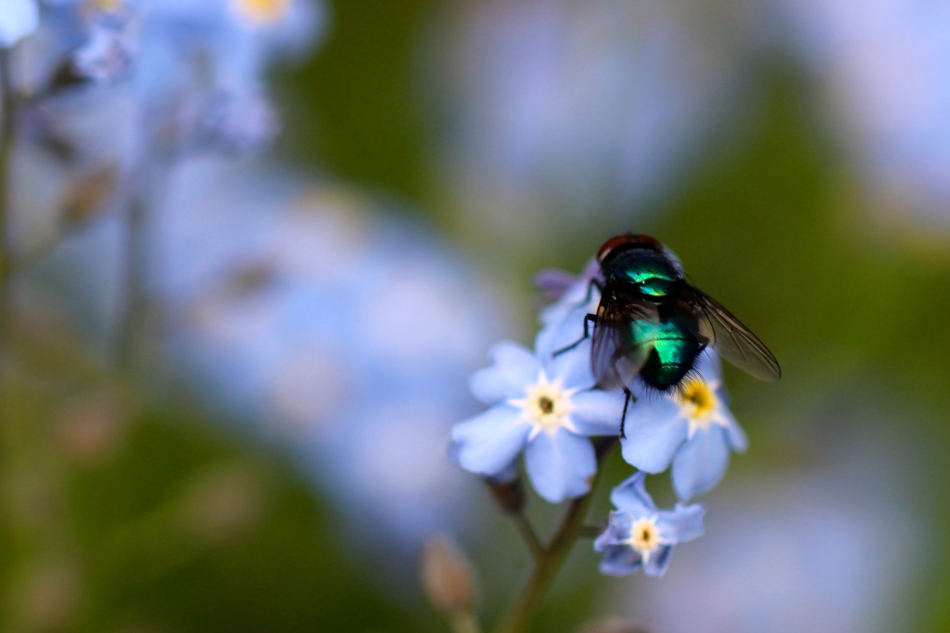 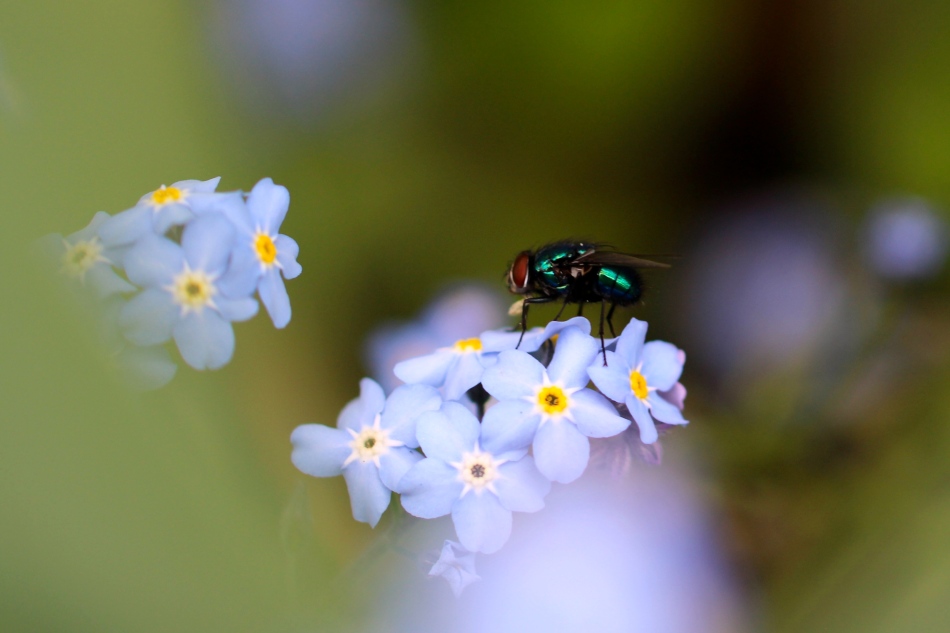 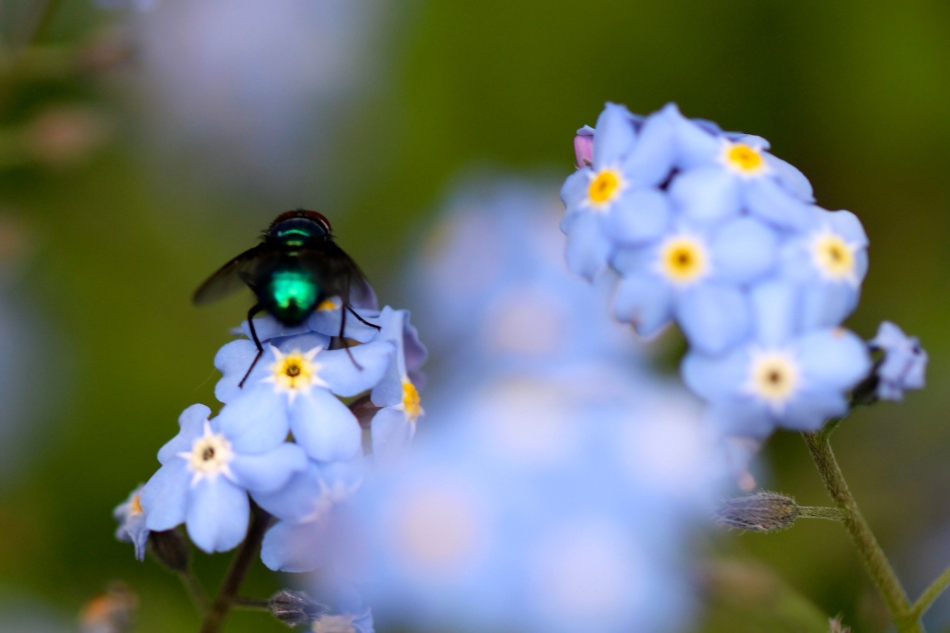 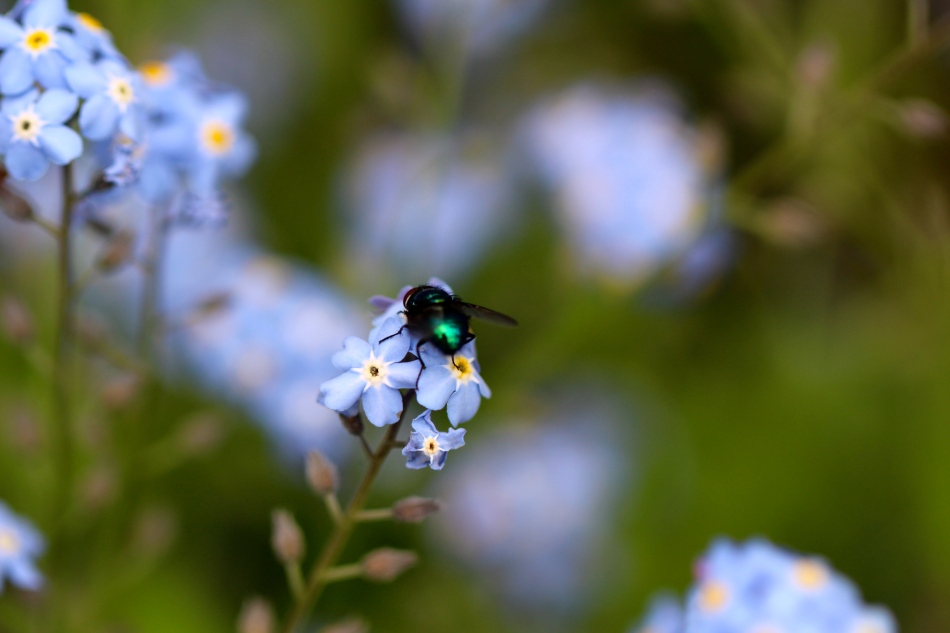 Hard to believe, but until a couple of days ago I had never noticed these striking bees before. Or perhaps I saw them, but didn’t really see them. At first I thought that this must be a fly, but after watching this insect closely I realized that it must be a bee.
With the assistance of Google it didn’t take me long to figure out what I had discovered.

Turns out that metallic green sweat bees are quite common all over the world. They nest underground and are attracted to perspiration. They will sting if they are bothered by humans, but the sting is mostly harmless according to Wikipedia.

Have you seen these bees in your garden?
Sabine

I have since learned that this “bee” is actually a fly! Thank you Tom and Marina for letting me know! 🙂
For an update check out the next post!
Sabine