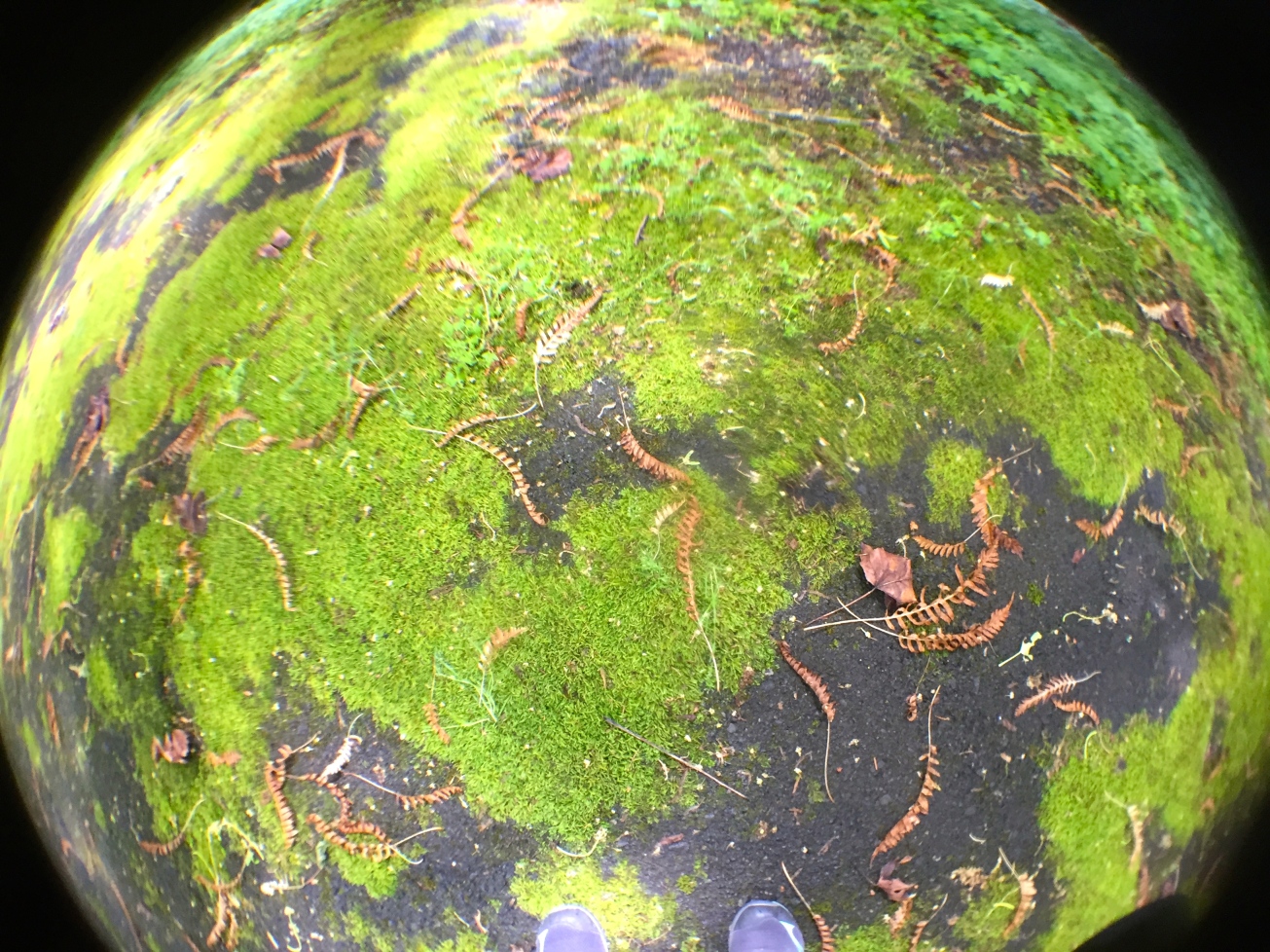 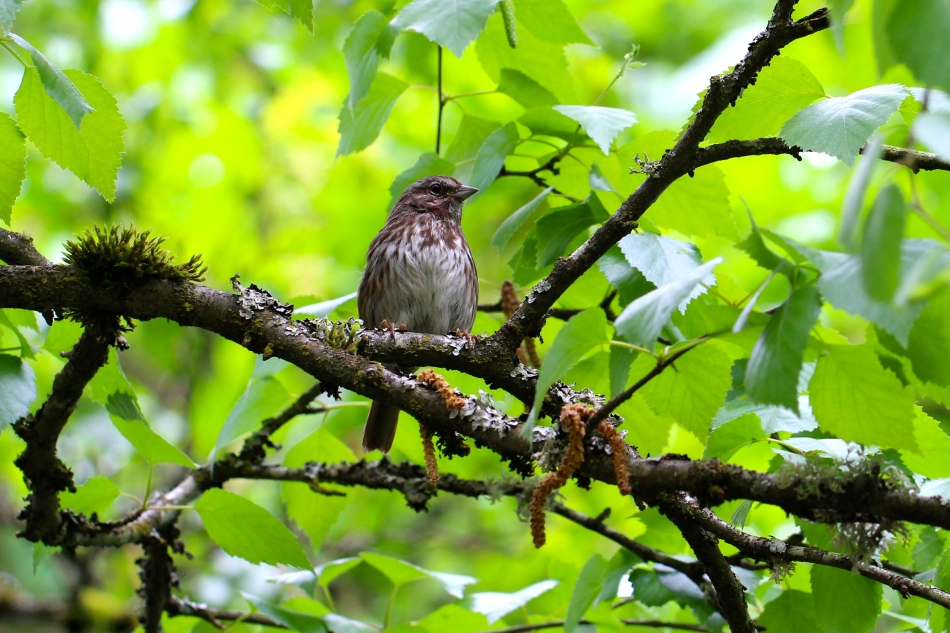 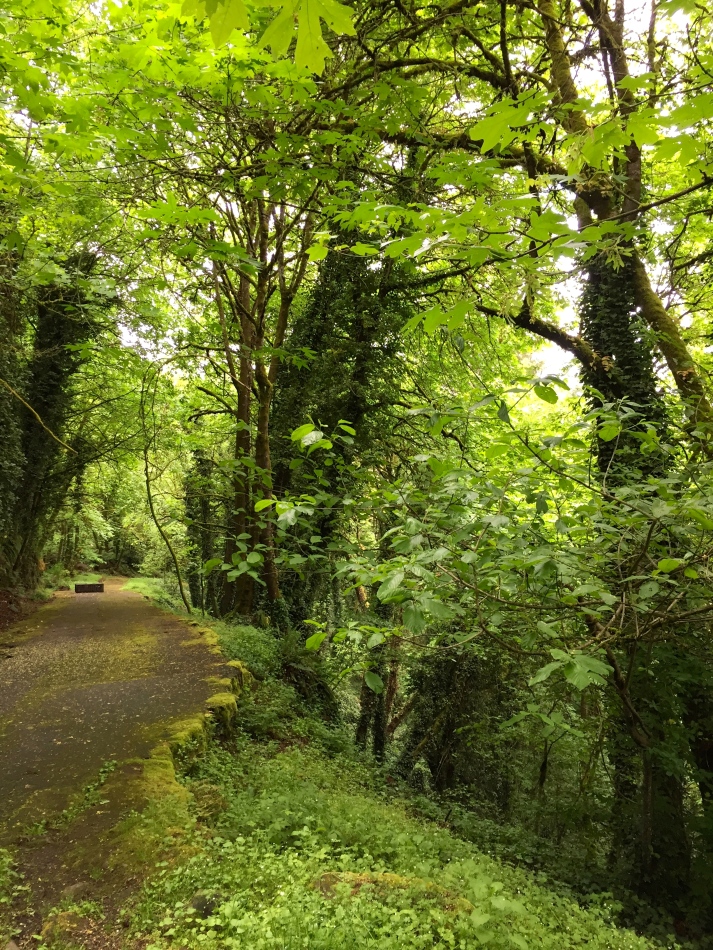 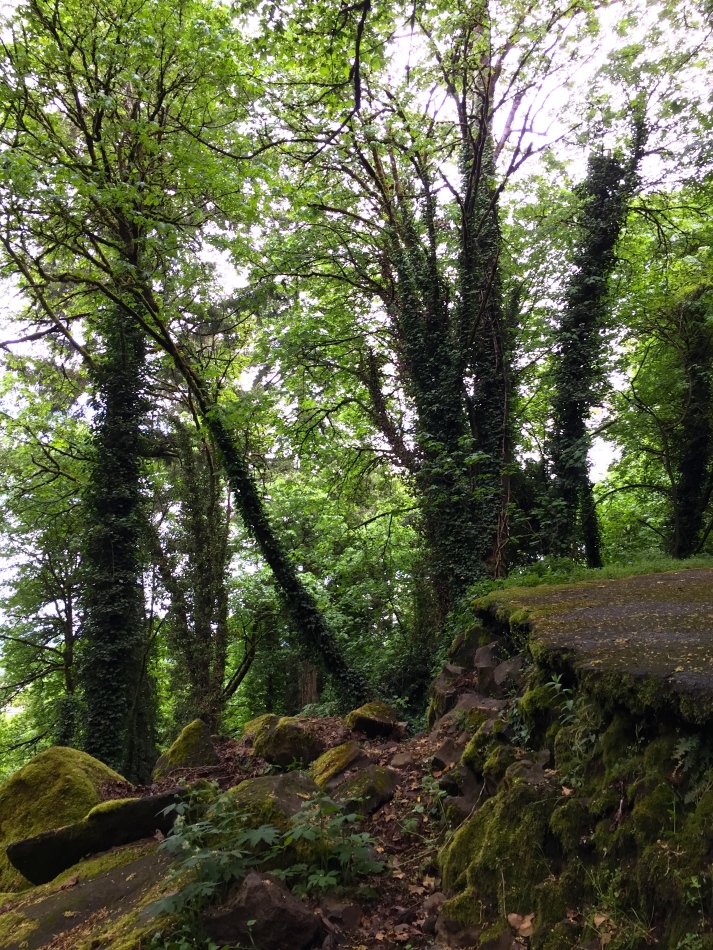 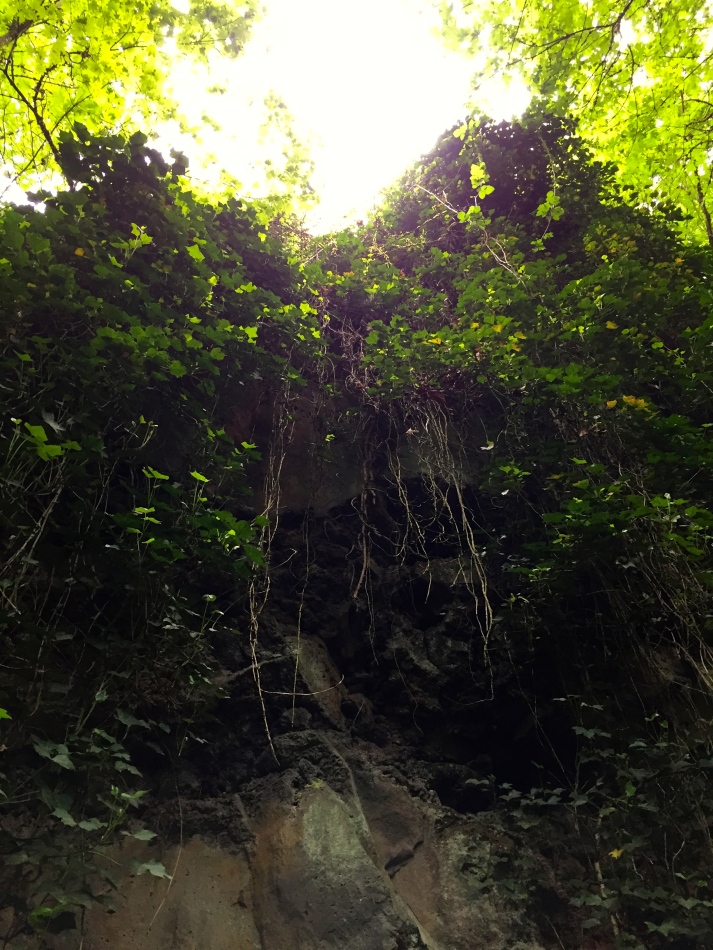 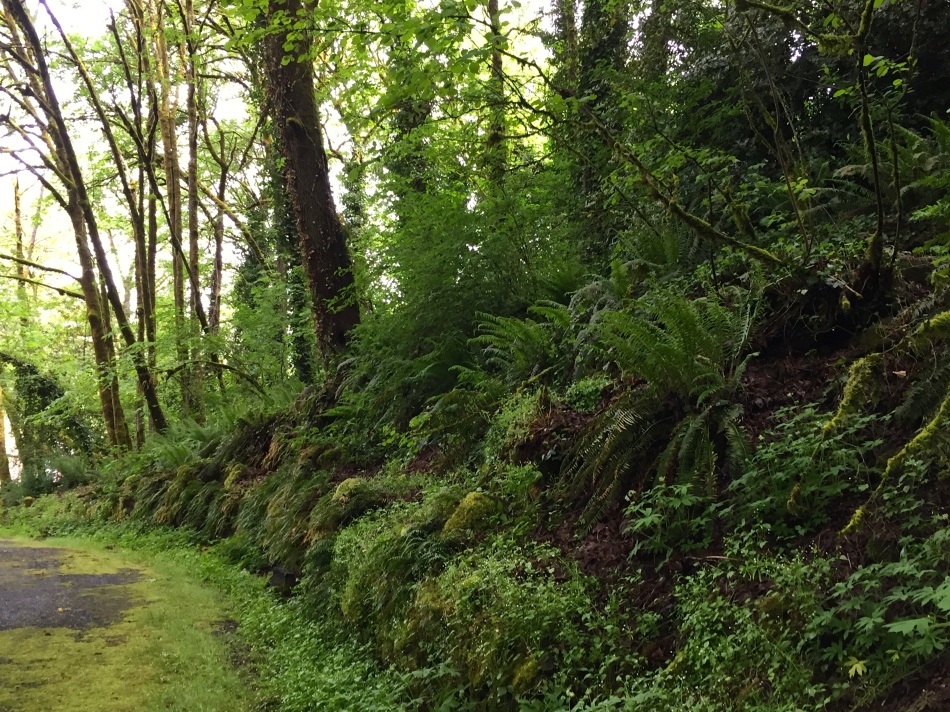 Over the last couple of months I’ve been taking part in a writing class in Oregon City. Since the class doesn’t start until 1 pm I’ve been leaving my house early on those days to get out and explore the surroundings and neighborhoods of this town.

This walk led me through some incredibly peaceful and enchanting woods right in town. The earth in this neighborhood has been moving and shifting with landslides according to a woman I encountered on this hike. This road/trail used to be open to vehicle traffic until the earth shifted again and the road dropped in several spots. Between some slippery moss and the very uneven trail in places I really had to watch my step.

It was remarkably silent the entire walk, even though it wasn’t that far from civilization!
The song sparrow to my delight sat in the tree and sang to his heart out.
Soon I want to return!

Do you have a tranquil oasis near you?
Sabine

25 thoughts on “Meditation in Moments … The Solitary Songster”