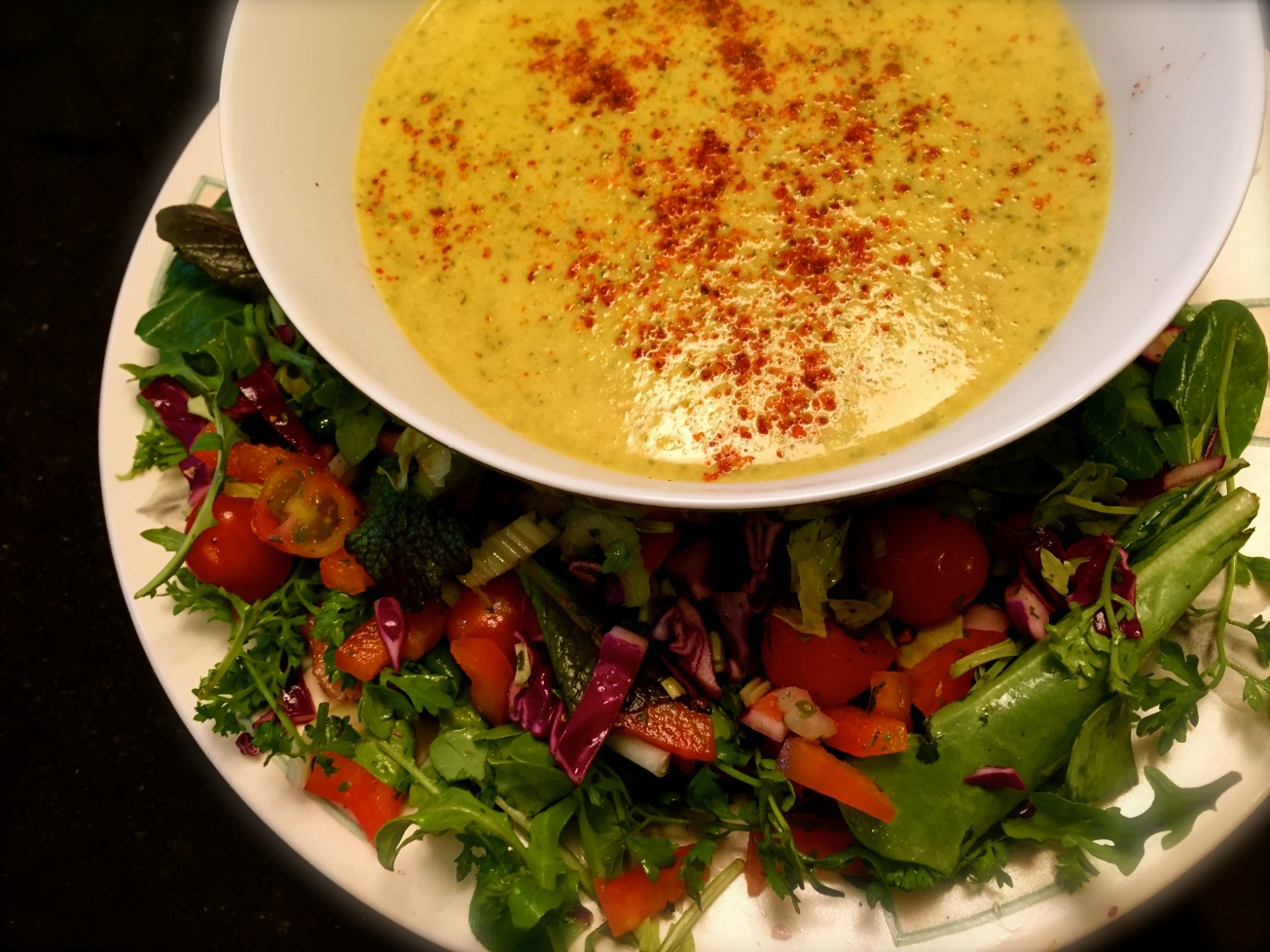 Despite it being officially spring, it’s been raining and there still is a chill in the air! To me, nothing tastes better on a day like this than a bowl of hot soup.

So when I got home from the grocery store with a giant bunch of beautiful broccoli,  I recalled this tasty recipe from a cookbook titled “Isa does it” by Isa Chandra Moskowitz. She is one of my favorite vegan cookbook authors!

Since I had all the other ingredients on hand, I decided to make this fabulous soup again. I did however, modify the recipe a bit. I doubled the vegetables and used a different type of miso (red, not white). For the cashew cream, I only soaked the nuts for about 45 minutes, but they pureed perfectly in the blender. Using the nutritional yeast flakes gives the soup a bit of a parmesan-like flavor. I really like it, and should use it more often.

Creamy broccoli soup in restaurants is generally loaded with dairy cheese and milk.
With this recipe, I can now eat a much tastier and healthier version at home, any time I feel like it. It was delicious, plus we had some left over for lunch the next day!

I hope you’ll give it a try!

This recipe has two steps, one for the cashew cream, and another for the soup part. 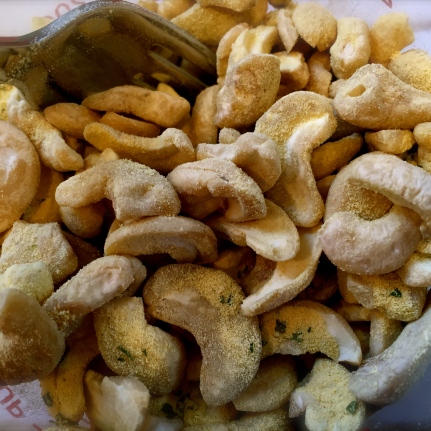 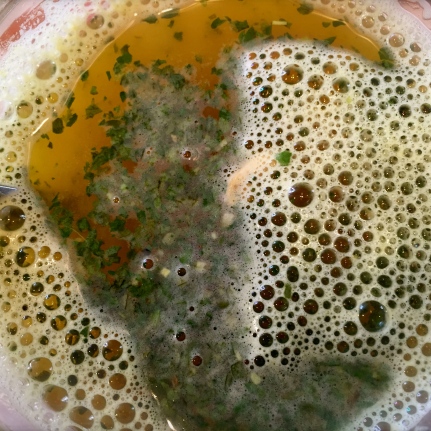 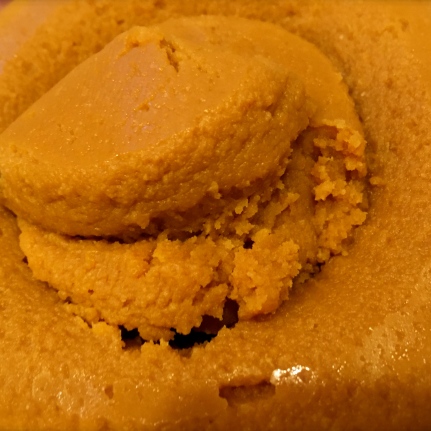 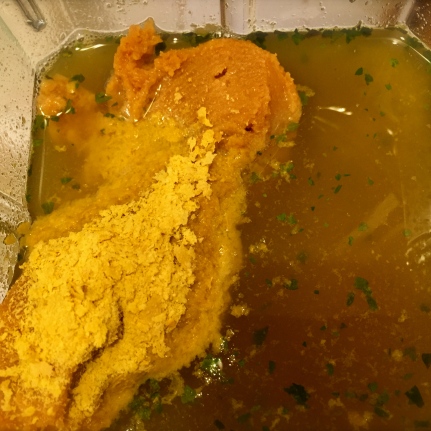 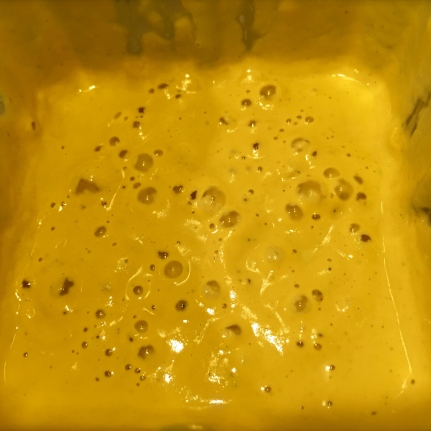 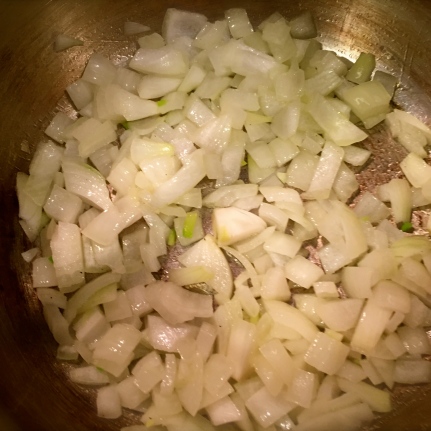 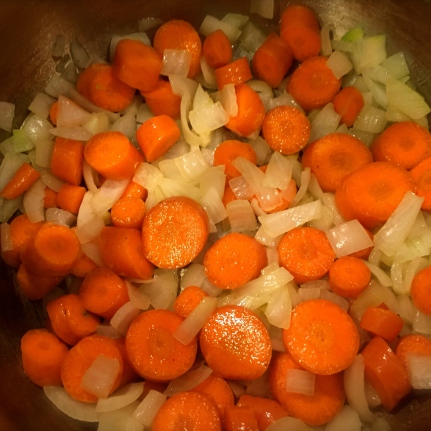 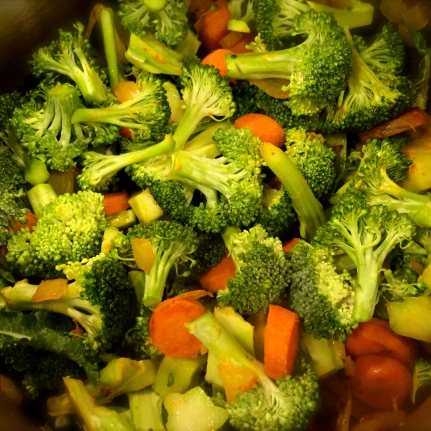 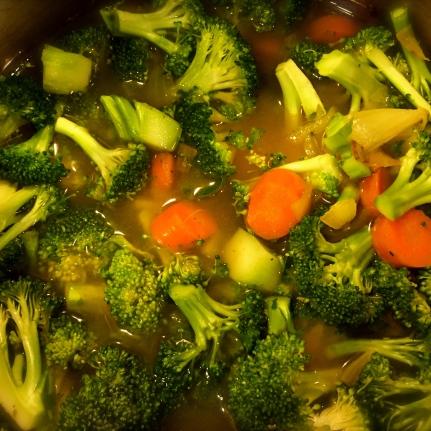 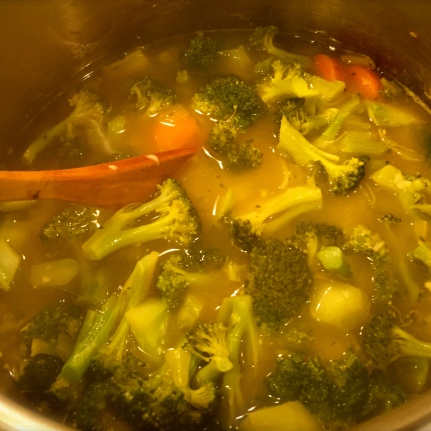 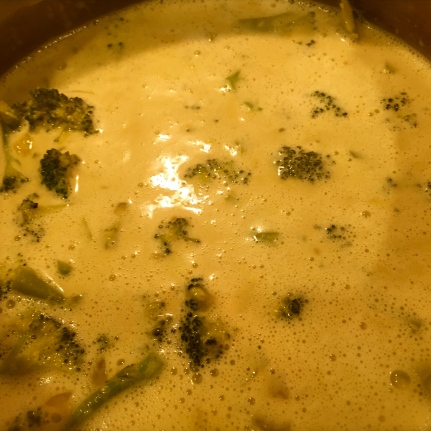 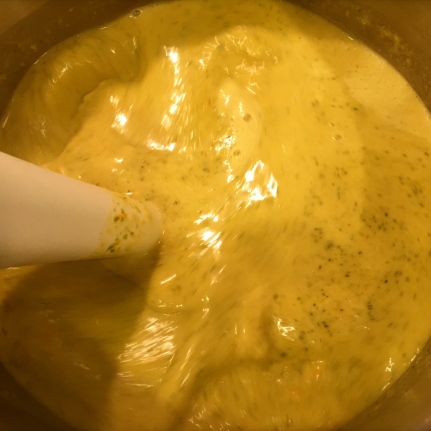 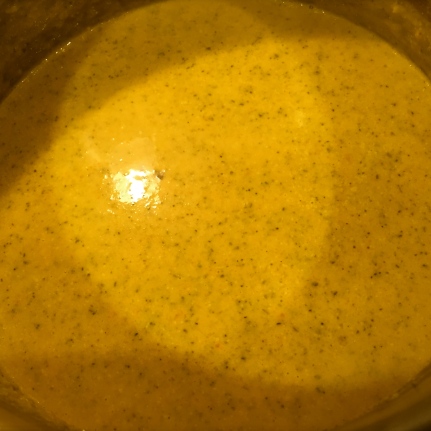 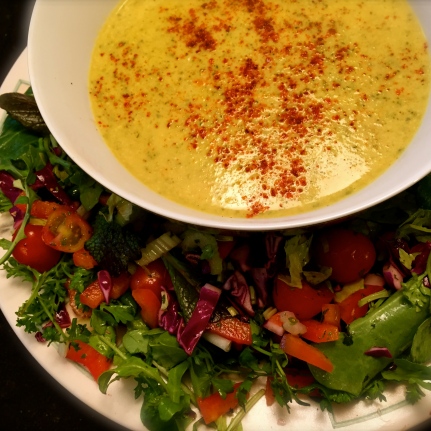 First, put the cashew pieces into a heatproof dish and pour the boiling vegetable broth over them.
Set aside to soak for at least 45 minutes. Longer is better.

Heat a little olive oil in a heavy soup pot.
Add the chopped onion, along with a pinch of salt and sauté for a few minutes.
Add the carrots and garlic and continue to cook for a few more minutes.
Don’t let the veggies brown.
Next, sprinkle in the turmeric and sauté for a minute to two.
Add the broccoli, and enough vegetable broth to cover everything.
Bring to a boil.
Turn down the heat and simmer gently until the carrots are tender.

While the soup is simmering, put the soaked cashews and broth into a blender jar.
Add the miso and nutritional yeast to the blender.
Blend until very smooth and creamy.

Pour the cashew cream into the vegetable soup and puree everything with an immersion blender until creamy, but bits of veggies can still be seen.
Simmer for a few more minutes.
If the soup is too thick for your taste, thin it out with a little more broth.
Add the lemon juice and some ground pepper.
Add a bit more salt if needed.
Enjoy with a salad and a slice of good crusty bread! 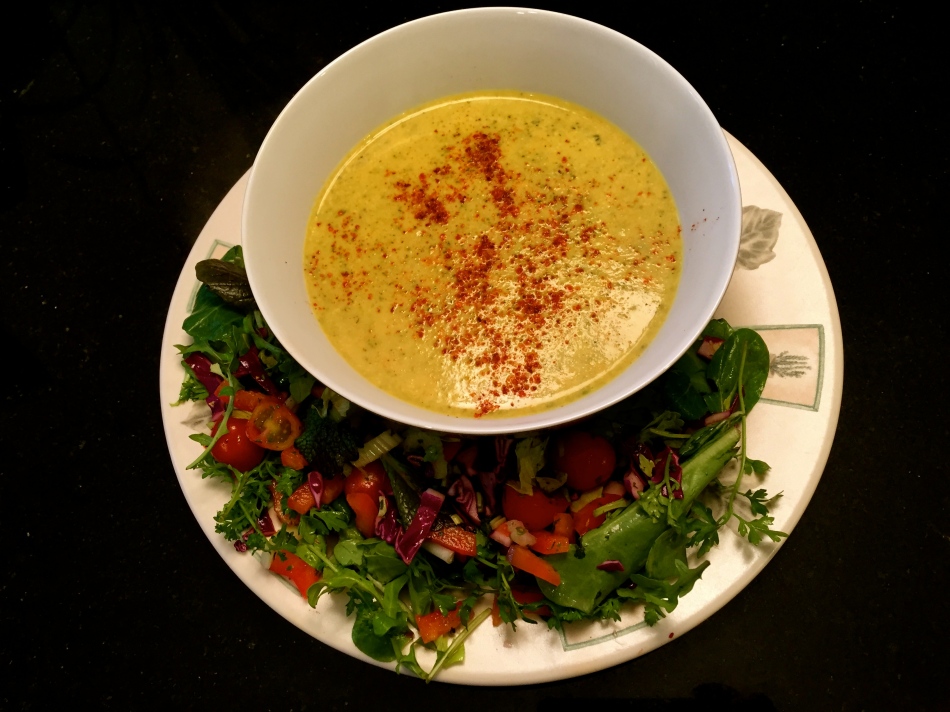