This garlicky, citrusy olive oil condiment is incredibly good! I came across the recipe in my “Vegan Tacos” cookbook by Jason Wyrick. It’s a fantastic book with not only taco ideas for just about any taste, but also side dishes, condiments and beverages.

It’s peak citrus season right now and I lucked out finding some sour Spanish oranges at my grocery store for this recipe. In addition I used some lime juice as well, and added a full extra cup of garlic cloves more than the recipe called for.

This delectable concoction is easy to make, especially if you buy the garlic peeled. So far, we’ve drizzled it over salads, veggies, tacos and more… even using it in a stir-fry …

Do be very careful though when you make it! The oil is boiling hot and one could get burned badly if it spilled! 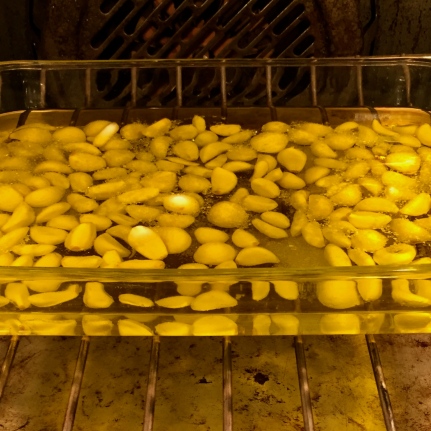 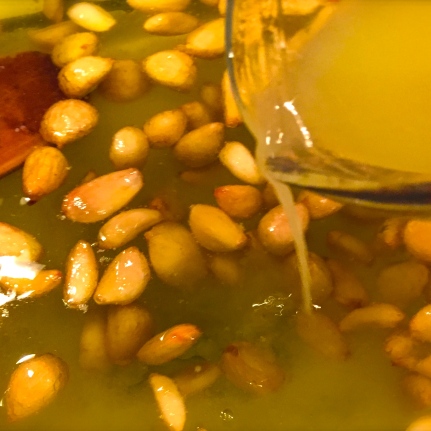 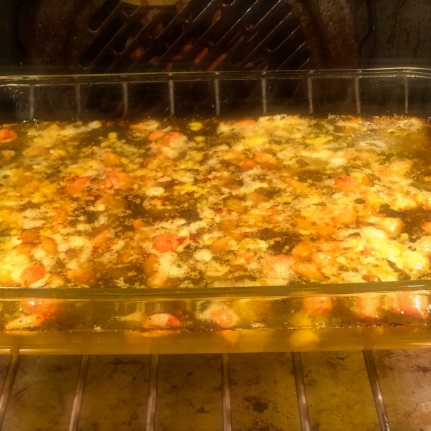 Preheat the oven to 325°.
Combine the olive oil, salt and garlic cloves in a deep baking dish.
Place the dish into the oven and roast for 45 minutes.
Carefully remove the dish from the oven and add the sour orange/lime juice.
Stir to blend and return the dish to the oven.
Roast for 20 more minutes.
Remove carefully from oven and mash the garlic cloves with a spoon.
Once it’s cool fill the oil into a widemouthed glass jar.

The Art of Photography

Less is not enough.

Exploring my world with pictures and words.

A Home by the Sea

My Journey Towards Retirement by the Sea

And then I stop and sit and eat.

Following the Path to the Past

Strolling around SE Michigan & sending joy in the journey.

Meandering Through Life
So Much To See

Life is in the Details

Still learning after all these years.....

Exceptional moments are right there in the many ordinary moments. I depend on this to be true.

Haiku out of Africa